After our first drive, we got home with the app showing 172mi in estimated range. My son had set this to miles, so I wasn’t sure of the battery percentage. After parking, I unpacked the included mobile charger from the car, plugged the 110 adapter into it, and plugged into my wall.

The app and screen in the car both showing the charging state. In this case, they said it would be over 24 hours for a full charge to 90%. I was getting about 5mi/hr on this outlet, which I think is a little higher than the Tesla docs as it’s a 20A circuit, not a 15A one. Most houses have 15A circuits in their 110 for general use.

When I woke up, the range was 239. About 65mi overnight, which wasn’t bad, but certainly didn’t recover from our adventure.

The next few days, I drove the car to town once or twice each day. A trip to town for me is 25mi minimum. In between each trip, I wasn’t recovering the power used in charging before the next trip. That’s what my tracking showed would happen with 110V charging.

Across the next few days, we used the for 1-2 trips a day to town. Each time we returned, we plugged it in, and it seemed we were slowly gaining some charge back. I switched to percentage, and we’d get from the 60s into the 70s from the end of one trip to the next.

I actually changed the max charging from 90% to 80%, mostly to ease my anxiety about not recovering completely from day to day. That helped me, as I’d see the car get closer to the max the next couple days.

Finally, on Friday, the car had an extended period, about 16 hours, and recovered to about 78% by early morning, so I extended the max charge to 90%. Why? I’m not sure. Mostly I think to see if I could get to 90% before the next trip.

Actually, I used the slider in the app, which doesn’t have great granularity for me. I did see that the car was fully charged around lunch time, which was nice to see.

Across the last couple weeks I’ve learned that I don’t need to be concerned about range most of the time. Overnight, say 12 hours, I can recover 60 miles of charge on 110V. Most days that’s less than what I drive. A trip to town is 25-30, and even on days when I go twice, we recover.

There are a few times that we’ve gone 100miles, but within a couple days we usually recover as there are days I don’t drive the car. I’ve even stopped plugging it in every time I return.

However, thinking forward and considering the changes that might come in winter, I was a little worried about being crunched. In general, my wife and I don’t want to have to worry. This is especially true as we are rarely near a Supercharger or public charging space.

I had purchased a Tesla wall charger in July, after tracking my mileage and not wanting to worry. An electrician finally was out in mid September to install it. The process was about 15 minutes for him, though to be clear, I have a sub panel in my garage.

I went from this charging: 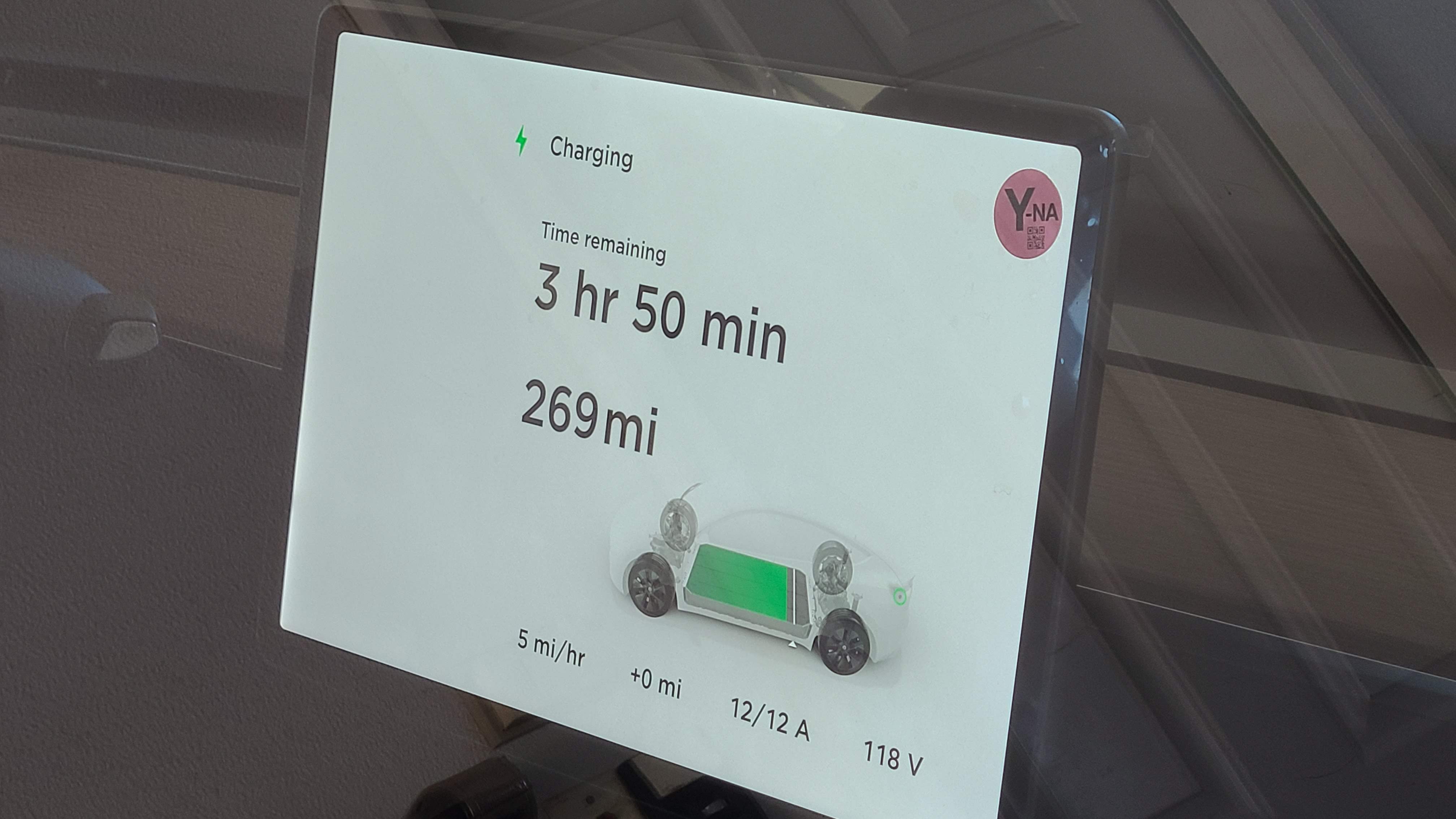 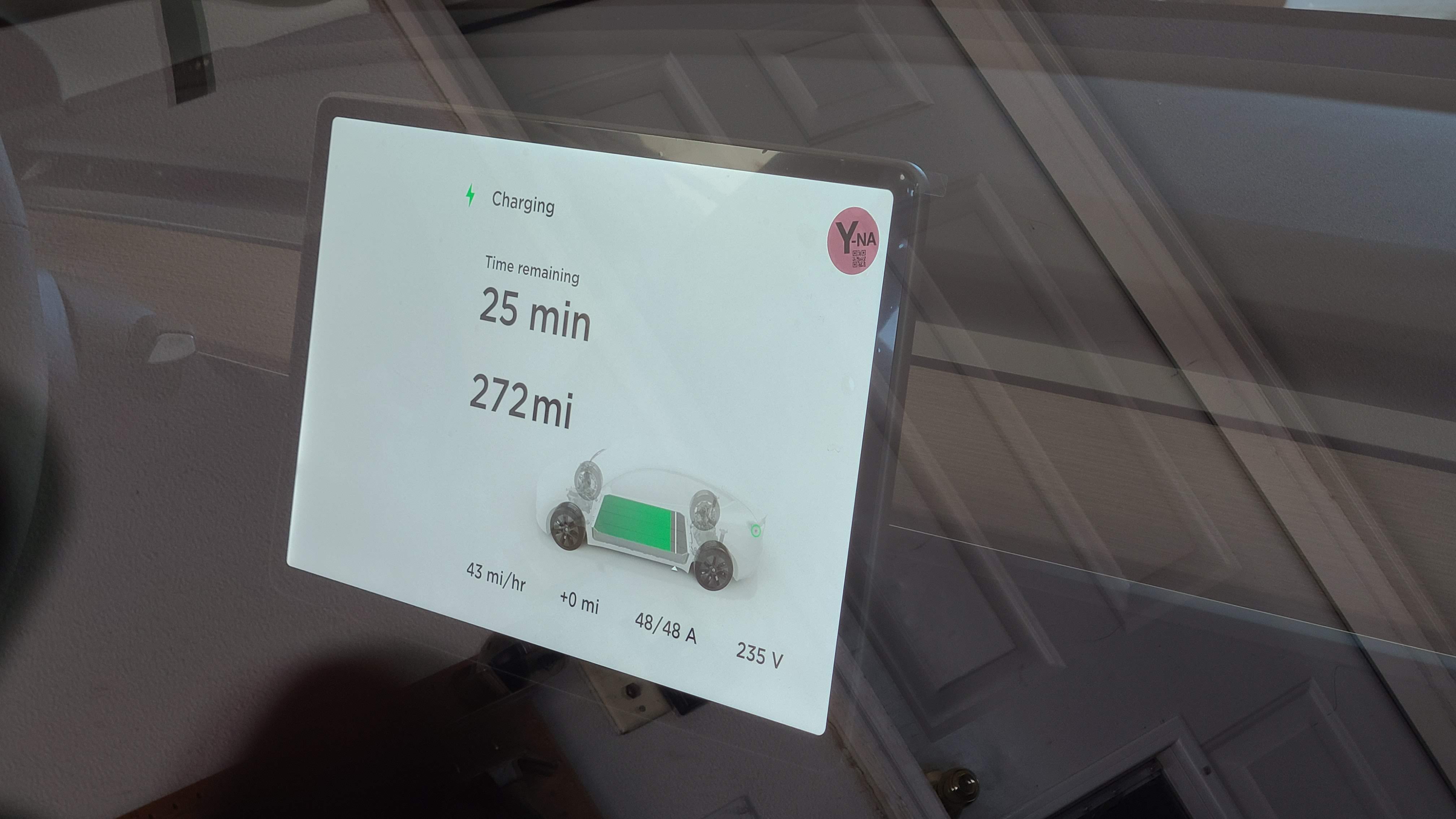 Quite a difference, with lots of piece of mind. We could go from 0->100 in 8 hours now, though we wouldn’t likely be there. In general, I’d expect we might go from 20%-80%, which would be about 200 miles-ish of charge. That could be handled in less than 6 hours.

I think people that would use this car in the city, with overnight charging, could likely get by with 110V if they consistently had 12 hours overnight and rarely went about 60 miles of driving per day. Beyond that, you might want a NEMA outlet or L2 charger, just to not worry.

There is a video of this post on my channel, if you want to watch and listen to me talk about this part of the experience.

Next: Autopilot and School Zones